Calvary Cemeterysites@webcemeteries.com2023-01-27T09:43:35-05:00
Make sure you receive important cemetery updates!  Click here to provide your up to date contact information.

Located in the Woodside/Long Island City area of Queens, Calvary is the first major cemetery to be established beyond the island of Manhattan by the Trustees of St. Patrick’s Cathedral. The Alsop farm, with a family cemetery and an additional 115 acres, was purchased in 1845. The cemetery was consecrated by Archbishop John Hughes in August 1848. Over the course of its history, an additional 250 acres have been added. The four major divisions of Calvary, commonly known as Old/First, Second, Third and Fourth, are formally identified as the Divisions of St. Callixtus, St. Agnes, St. Sebastian and St. Domitilla to correspond with the ancient Roman catacombs. The 365 acres have been subdivided into 71 numbered and identified sections.

A major chapel is located in First Calvary. Originally a frame building, it was replaced with a limestone edifice which was solemnly blessed by Archbishop John Farley in 1908. Unique in design, the chapel features bas relief carvings over the various entrances and is crowned with a granite statue of the Sacred Heart of Jesus. The Eucharist is regularly celebrated in this chapel for those interred within Calvary, at this time, more than 1,750,000. 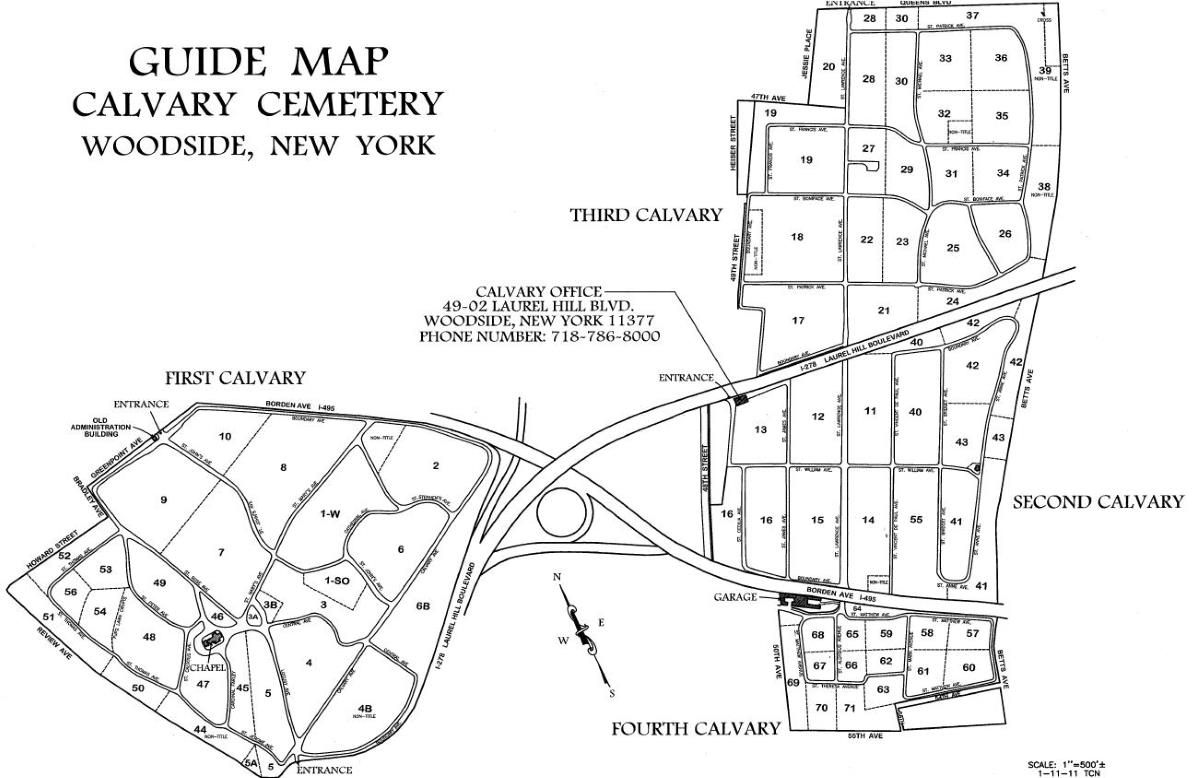 Office and visiting hours are different for each location. Please check the individual cemetery pages for site specific information.